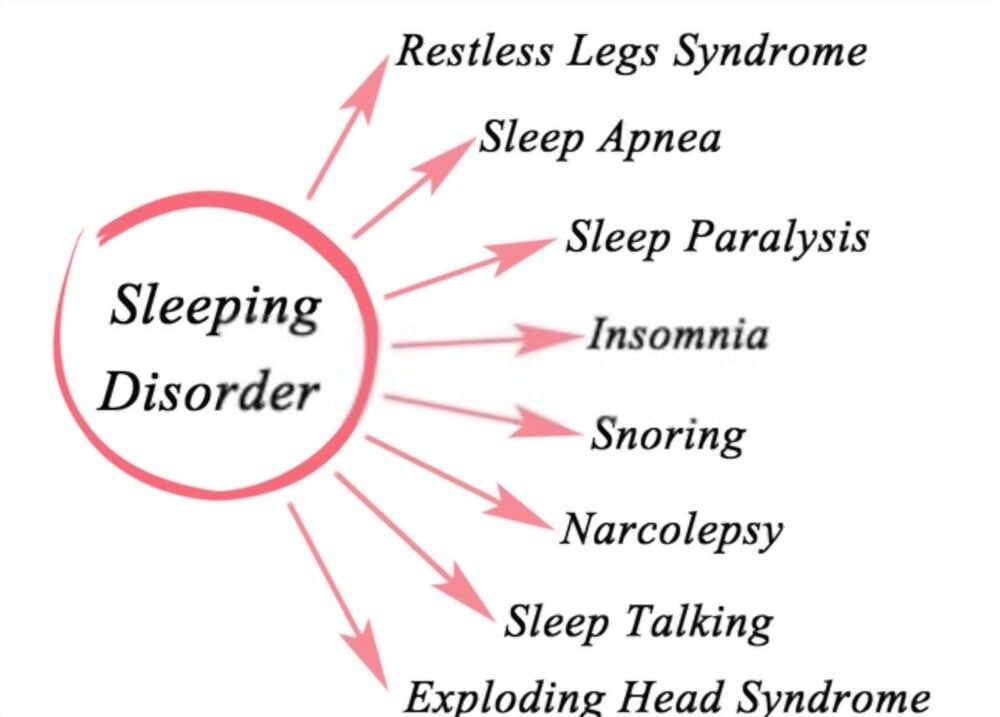 In the United States, 22% of people complain of insomnia either every other night, while 48% occasionally have insomnia. Women, persons over 65 years of age, divorced, separated, and widowed people are more likely to suffer from insomnia.

Insomniacs are four times more likely to have depression than people who have no trouble sleeping. Sleeplessness is likely to be a factor adding to illness, including heart disease, affect job and road safety, and worsen the quality of life. Direct costs of insomnia are estimated to be $14 billion annually, while indirect causes could be as high as $28 to 35 billion annually.

Sleep disorders are much more common than most think. Costing more than $16 million annually in medical costs alone, people often don’t recognize they have sleep disorders. According to the National Institutes of Health, more than 40 million people in America every year have long-term, chronic sleep disorders, and 20 million have occasional problems.

They often affect productivity, coordination, judgment. At the same time, profound effects on health and safety can lower immune system responses. Studies have shown that average life spans can be shorter for those suffering from a sleep disorder.

The human body produces hormones that control energy, mood, concentration, and memory during sleep. A sleep-deprived person’s coordination can be worse than an intoxicated one. Sleep deprivation can cause accidents at work and on the highway, depression, premature aging, and a shorter life span.

To understand proper sleep, we must know the five sleep stages that most people should experience. The stages range from light to deep and last from 5 minutes up to 110 minutes, and cycle multiple times during sleep.

For example, after Stage 5, the sleeper returns to Stage 1 and progresses through the cycle again. With each cycle, Rapid Eye Movement (REM) sleep periods lengthen. An average of 20% of sleep time is REM (Stage 5) sleep for adults. The remainder is comprised of Non-Rapid Eye Movement (NREM) sleep.

There are approximately 70 sleep disorders, with the most common being:

We can describe insomnia as insufficient or poor-quality sleep because of trouble falling asleep, waking up often with difficulty returning to sleep, or not feeling refreshed after sleep. Insomnia can be temporary or chronic (lasting more than a few weeks). Even if you get several hours of sleep a night, you could still have insomnia.

Besides, waking up with huge rings around your eyes is never good. Physically your body will show signs of insomnia such as drooping eyes or bags around the eyes.

Women, persons prone to depression, and persons over 60 suffer from insomnia more often. Anxiety, stress, mental or medical problems, environmental and behavioral influences, and medications are just a few insomnia causes. Many combinations of these and other factors may make a diagnosis of underlying causes difficult.

Diagnosis is possible with the patient’s medical and sleep history (diary). Treating any underlying mental or physical problems is the first step of treatment.  The second step is to recognize and stop any behaviors that might cause or contribute to insomnia.

Sometimes sleeping medications are prescribed for a short time. Alternatively, you can use behavioral techniques, such as relaxation therapy, sleep restriction, and reconditioning can be used. Relaxation therapy can take much practice to achieve success but can slow excessive thoughts that inhibit muscle and mental relaxation essential to good sleep.

Sleep restriction involves restricting the time spent in bed at first, with time spent in bed increasing as normal sleep habits return. Reconditioning is the process of only using the bed when you are actually sleepy, with napping not allowed. It should make a person only associate the bed with a ‘normal’ bedtime and sleep.

Insomnia is considered a symptom with many possible causes, such as disease, pain, medications, depression, anxiety, stress, sleep disorders, or poor sleep habits. Health habits and sleep environment may also be causes or factors.

Insomnia may be temporary, lasting from a few days or weeks, or chronic, lasting more than three weeks. Some examples of temporary insomnia experienced by women occur before, during, and after the menstrual cycle, pregnancy, and menopause.

Chronic insomnia does not cure itself, so a physician or sleep specialist’s visit is recommended.

Doctors may prescribe medication to assist the patient is falling asleep. You can also try over-the-counter remedies such as herbal supplements and alternative practices like acupuncture. In many cases, individuals report relief from trying certain ‘tried and true’ home-based cures.

Your doctor may prescribe you more potent medications like Ambien in case of severe insomnia.

Breathing gets too shallow or stops with sleep apnea. Each episode can last 10 to 20 seconds, and usually happens 20 to 30 times each hour.

At least 12 million persons in the U.S. have sleep apnea. Half of these are overweight and most heavily snore.

Most people do not know whether they have this condition. A doctor can diagnos sleep apnea with a medical history, questioning the family about how the patient sleeps and performs when awake, checking throat, nose, and mouth for possible obstructions, and recording the patient’s sleep performance.

There are many treatments available for obstructive sleep apnea.

Behavior modifications include avoiding alcohol, smoking, and medications that promote drowsiness, losing weight, and sleeping on your side to keep the throat open.

Other treatments include Continuous Positive Airway Pressure, a mouthpiece, and surgery.

Continuous Positive Airway Pressure (CPAP) is a mask that blows air into the throat, with the pressure keeping the throat from constricting so the airways are not blocked. A mouthpiece can be fitted that holds the jaw and/or tongue in position to keep the airways open.

Treatment is necessary because sleep apnea increases the risk of unexpectedly falling asleep during the day, causing health problems, accidents at work, highways, and home.

People affected with this condition encounter tingling, crawling, pulling, or creeping sensations that are often rather painful. The discomfort can intensify when the afflicted individual is sitting still and can be especially problematic during sleep.

To be correctly diagnosed with Restless Leg Syndrome, a chronic and often painful condition, you have to meet the following criteria:

Considered neurological, RLS can often be managed with lifestyle changes and activities such as

Pregnancy seems to be a risk factor for developing RLS as 25% of pregnant women develop the condition. However, most of these women report that the symptoms go away after the baby is born.

There are also various medications available to treat Restless Leg Syndrome, including

Although there is no cure for Restless Leg Syndrome, the condition is not considered fatal. Current therapies can help control RLS and go a long way towards minimizing symptoms and increasing the patient’s periods of restful sleep. Remissions can occur, but every person can manage Restless Leg Syndrome with lifestyle changes and medication.

Narcolepsy occurs when a person has REM sleep at the wrong times. This REM sleep is disturbed in order and length, thus robbing restful and proper sleep.

There is no known cause of narcolepsy. Its symptoms cause those affected to fall asleep or not be able to move at strange times and places, even if they have had adequate nighttime sleep. It can happen at work, while driving, or in many other dangerous situations.

There is no cure for narcolepsy, but many treatments are available. Doctors usually prescribe Central nervous system stimulants and antidepressants in this case.

Short daytime naps and lifestyle changes are also used to help alleviate symptoms for this life-long condition that requires continuous treatment and monitoring.

There are many research types to find out more on how to treat and control this disorder that is estimated to afflict more than 200,000 people in the U.S.